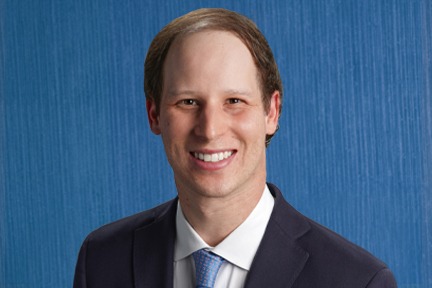 Eric C. Addy is an associate attorney with The Dragich Law Firm. He joined the firm in July 2020 and is actively involved in the firm’s business transaction, restructuring, and commercial litigation practices.

Eric assists the firm in a wide range of matters involving business transactions, corporate dissolutions and restructuring, and commercial litigation. He is also involved in the negotiation and drafting of commercial agreements, employment contracts, and other corporate documents.

Eric is admitted to the State Bar of Michigan and is a member of the American Bankruptcy Institute and the Turnaround Management Association.

Prior to joining the Firm, Eric obtained his Bachelor’s degree from DePauw University in 2018, where he majored in Political Science and History. Eric was a member of the Men’s Swimming and Diving Team at DePauw and served a co-captain during his senior year.